The Karlovy Vary Symphony Orchestra was founded in 1835 by Josef Labicky as a seasonal spa orchestra. 40 years later Labicky's son August changed it into a constant symphony orchestra with many activities and universal repertoire. It was this orchestra that performed the continental (European) premiere of Dvorak's New-World Symphony in 1894. During the period of 1911 - 1941 Robert Manzer appeared at the head of the orchestra, he raise the orchestra on remarkable art level and started to work with famous celebrities of European music, e.g. P. Casalas, R. Strauss.

The Orchestra played the important role in Karlovy Vary after 1945 as well, when Josef Bartl became the leader. During each concert season (October - June) the orchestra gives serial concert cycles, special and opera concerts, and educational concerts for children. During the main spa season it performs at all traditional music events in Karlovy Vary - Festivals Mozart and Beethoven in Karlovy Vary, Young Stage and Dvorak's Autumn.

The Karlovy Vary Symphony Orchestra is a regular guest at concert stages in the Czech Republic (Prague Spring Festival) and abroad, especially in Germany and other European countries as well. It appears not only in symphony programs but also at opera festivals (Oviedo), performances with ballet (Bregenz), international competitions (Zaragoza) or cantata concerts (Antwerp, Bonn, Karlsruhe etc.)

There are all main works from classicism and romantic repertory and some works from 20th century in orchestra dramaturgy. The important part of the orchestra repertoire is formed by the Czech music - A. Dvorak's top symphonies, B. Smetana's My Country, works from L. Janacek, J. Suk, B. Martinu and other Czech composers. There is also suitable music works for popular open - air concerts, film music and musicals, operas and operettas and most of the famous instrumental concertos in the orchestra program. Orchestra maestros are also competent soloists presenting many concertos for stringed and wind instruments. The ability to productively cooperate with conductors, soloists and choruses, art responsibility, and professionalism make the orchestra one of the favorite representatives of the Czech music and cultural tradition of spa town Karlovy Vary.

The website of the Karlovy Vary Symphony Orchestra is here. 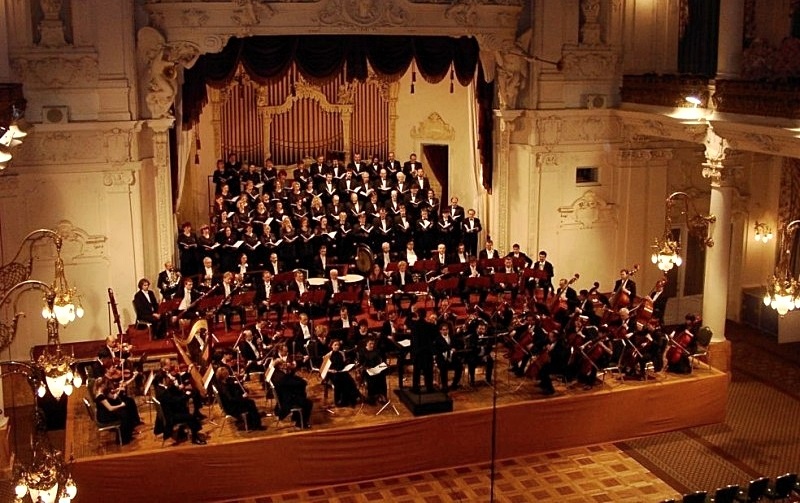