22 July - 3 August 2020 Prague / Leipzig
We are excited to invite you to join a choir workshop with an outstanding opportunity to hold a concert in one of most prominent churches of Leipzig - St. Nikolas Church. You will create many memorable moments during travel adventures in the triad of European culture: Prague, Leipzig, and Dresden.
At ICM International Choir Workshop we have organized a workshop package where we will provide you with an educational and entertaining programme. Next to intensive choir rehearsals you will experience the historical beauty of medieval Prague, a multitude of attractions in the noble city of Dresden and the colourful palette of Leipzig’s musical scene.
Our programme ensures a fully-fledged educational enrichment. In addition to plenty of entertaining accompaniment such as musically and historically themed tours you will also be able to visit museums and art galleries. You will also enjoy multiple dinners including one to celebrate the pinnacle of the workshop: The final concert in the historic church where J. S. Bach himself performed his musical masterpieces.

A one-day trip to Dresden. Evening: arrival to Leipzig

Excursion to the Museum of Musical Instruments in Leipzig, evening rehearsal

Departure from Leipzig to Prague or Berlin.

Prague, a legendary city of a hundred spires and mysteriously picturesque streets saturated with historical gems, attracts tourists from every world's corner in every season of the year. Its saturated culture has produced many artistic geniuses working in various fields - the traces can be seen (and heard) in almost each street and district. It was in Prague where Wolfgang Amadeus Mozart, Ludwig van Beethoven, Fryderyk Chopin, Franz Liszt, Richard Wagner, Peter Ilyich Tchaikovsky and Edvard Grieg came to write and perform some of their best works. Additionally, the ultimate duo of Czech Romanticism - Antonín Dvořák and Bedřich Smetana - both lived and created their famously wonderful works in Prague. Today, the commitment to classical music and opera runs deep in the veins of Prague in the form of the Prague Spring music festival in May, and at high-culture venues such as the Rudolfinum and National Theatre.

Leipzig has a great tradition as a city of music, a vibrant city-life and an international reputation in many fields. Important musicians such as Johann Sebastian Bach, Felix Mendelssohn Bartholdy, Edvard Grieg, Gustav Mahler, Clara, Robert Schumann, Hanns Eisler and Richard Wagner all worked and performed here. Leipzig is also home to internationally renowned ensembles such as the Gewandhaus Orchestra, the St. Thomas Choir, and the classical music recording centre of the public Central German Broadcasting. The city annually organizes an international Bach festival and biannually the international Bach competition. Musical talents from all over the world study at the Felix Mendelssohn Bartholdy University of Music and Theater. The current music scene in Leipzig remains wide - classical, rock, pop, jazz, experimental are to be found in dozens of avenues. Numerous music festivals - from a-capella to jazz days and street music to unusual subcultures - make Leipzig one of the most attractive musical cities in Europe.

The historic centre of the city on the River Elbe should be explored on foot - from the Zwinger and the Semper Opera House to the Royal Palace, which is under reconstruction, on to the Frauenkirche and to Brühl's Terrace, and to the town houses in the inner new city.
Carl Maria von Weber and Richard Wagner had a number of their works performed for the first time in Dresden. Other artists, such as Ernst Ludwig Kirchner, Otto Dix, Oskar Kokoschka, Richard Strauss, Gottfried Semper and Gret Palucca, were also active in the city. Dresden is also home to several art collections, musical ensembles, and buildings from various architectural periods.

Český Krumlov is a town in the South Bohemian Region of the Czech Republic. Its historic centre, centred around the Český Krumlov Castle, has been a designated UNESCO World Heritage Site and was given this status along with the historic Prague castle district. The Castle is unusually large for a town of its size; within the Czech Republic it is second in extent only to the Hradčany castle complex of Prague. Inside its grounds are a large rococo garden, an extensive bridge over a deep gap in the rock upon which the castle is built, and the castle itself, which in turn consists of many defined parts dating from different periods. Český Krumlov Castle preserves its Baroque theatre. It is one of few such court theaters to retain its original stage machinery, scenery and props. 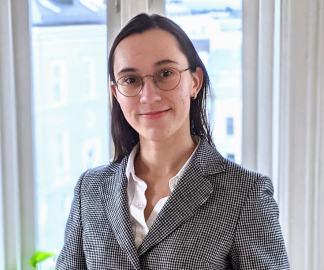 For inquiries and questions regarding the prices and workshop program, please contact us via above stated Email or Phone.